Now i’m really serious about blogging and i want to know the growth of my Blog. Yuga has 5ways to check blog growth and heres also mine. My stat is very low so you are free to laugh. *evil grin*

I’ll be checking the growth maybe monthly then yearly. Everyone Loves statistics when it grows or improving. Heres several 5 online tool i use. I’m logging this March 23.

I just installed my Feedburner yesterday and i was so happy that now i already have 5 subscribers. Hope in the coming days it will increase. The more subscribers more traffic for me then i can monetize this blog. Subscribe to my Blog by Email or add my feeds to your Feeds reader. 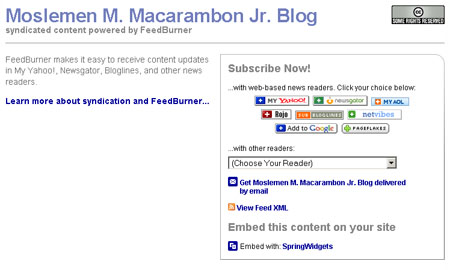 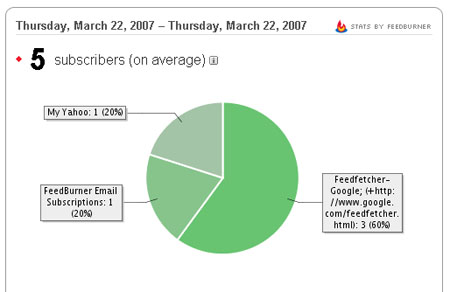 What tools do you use to check your blog growth?